When all this Cafe Racer business started in the fifties, a common practice among builders was to transplant high powered engines into the best handling frames. Back then motorcycle manufacturers had different design strengths so home builders would leverage them by mixing their own cafe racer cocktails. Today things are a bit different. Most motorcycles offer excellent handling and plenty of power, the result of 50+ years of design development. Aseem Singh Pawar of Inline 3 Customs in Chandigarh, Indian, has a deep love for Royal Enfield engineering. So when it came to building modern Cafe Racer based around an Enfield engine he took his inspiration from the cafe racer history books.


“Building motorcycles is probably the only thing I am good at.” professes Aseem. “The FS350, my first custom motorcycle, was a huge hit in the Indian custom motorcycle. It featured a Yamaha RD350 engine shoved inside a KTM Duke chassis. After working on that trellis frame the next logical step for me was doing a delta box framed Royal Enfield.

So I asked my friend Pritam to do a concept sketch of my idea. After seeing the rendering I was convinced that no matter what, I was going to make this bike! The Royal Enfield is a legend in India and it deserved a more modern chassis set-up.”

“The 2016 India Bike Week ‘Bike Build Off’ competition was the perfect motivation for me to get the bike done. It took almost 9 months to finish my the FS350, but I had only 2.5 months to get this one finished. Luck was on my side when I obtained a Yamaha R15 chassis. Unfortunately, finding an engine was a much harder task.” 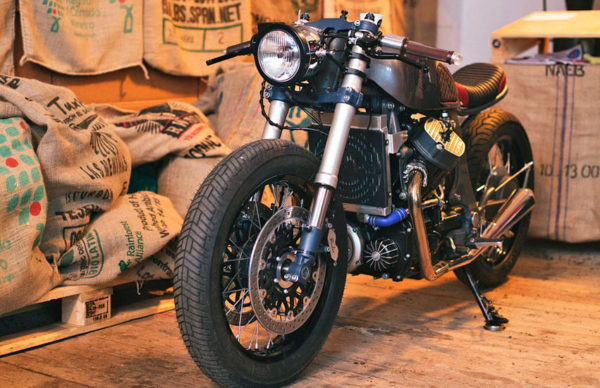 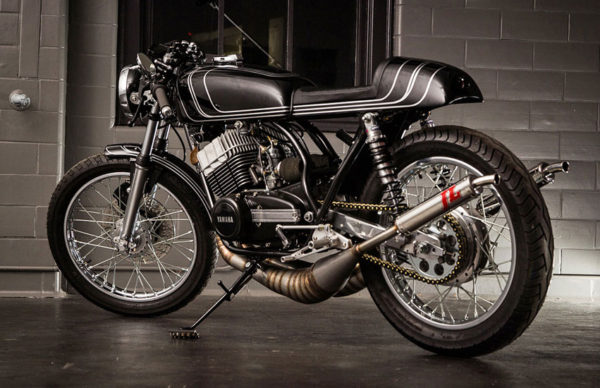